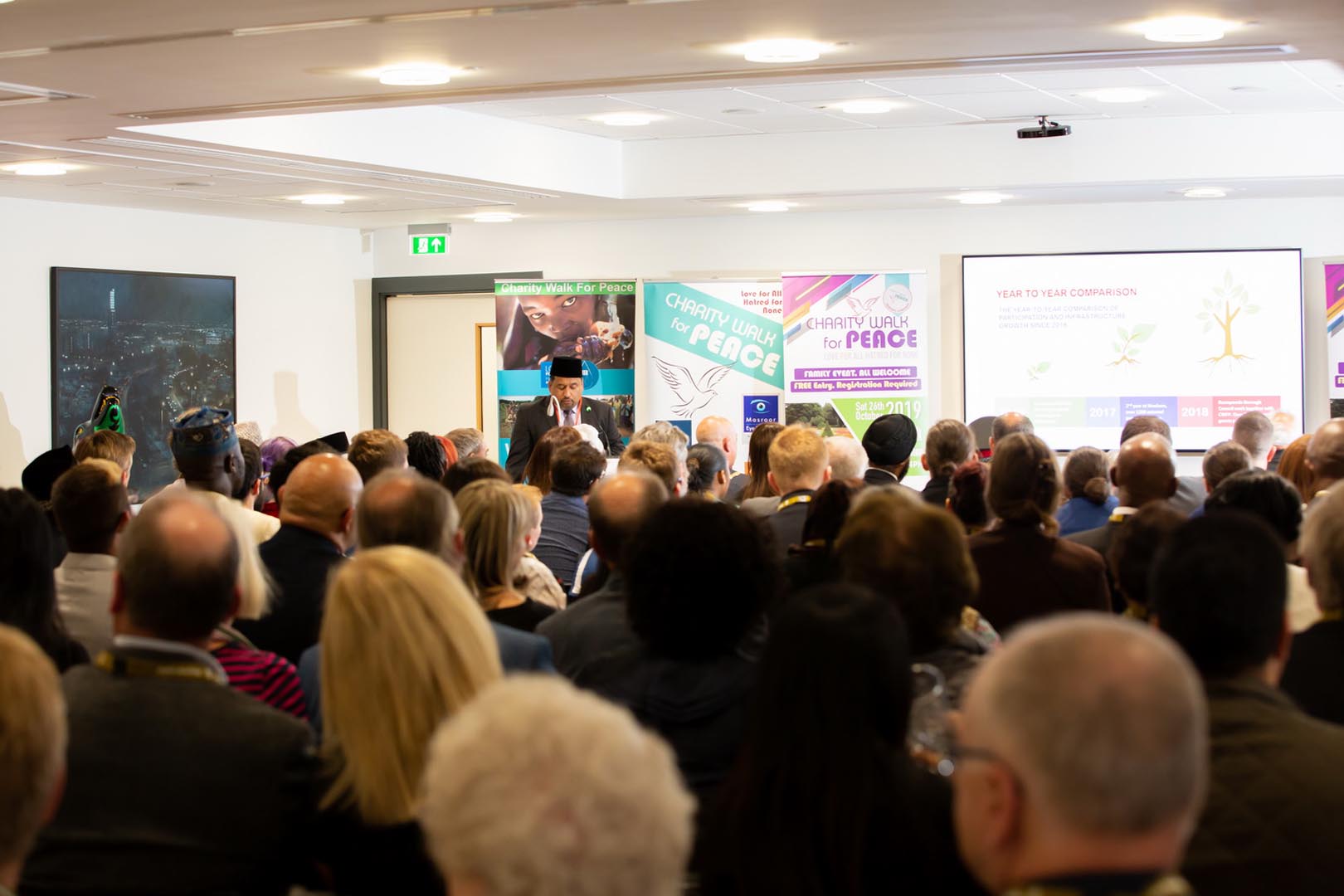 Members from the Ahmadiyya Muslim Elders Association (AMEA) West Midlands officially launched their Regional Charity Walk for Peace 2019 at the Charity Reception held on Friday 6th of September 2019 in the Wolverhampton Mayor’s Parlour to a packed hall of charities and civic dignitaries. The Mayor of Wolverhampton, Cllr Clare Drake graciously invited AMEA  to hold the reception at this newly renovated civic suite after a presentation was given to her on the workings and achievements of Charity Walk for Peace.

AMEA West Midlands started preparing the event soon after the national walk in June 2019. Both the executive committee and operational committee held several weekly meetings to plan and decide upon the event plan, requirements by the council, inviting charities and other guests. A close coordination was maintained with the Mayoral team and other related departments at the Wolverhampton Council. Regional President, and his regional team provided full support and guided the team fully. A charity donations was made and letters for prayers were written to His Holiness, Hazrat Mirza Masroor Ahmed, may God be his helper, worldwide head of the Ahmadiyya Muslim Community, for a successful reception.

By the grace of God 103 external guests including representatives from various local and national charities, public support departments and armed forces attended this event. Among the distinguished dignitaries who attended the reception were:

The event was chaired by Mr. Rafi Ahmad, Vice Chairman of CWFP and Vice President of the Ahmadiyya Muslim Elders Association and started with recitation and translation of the Holy Quran followed by a brief presentation on Charity Walk for Peace initiatives.

Guest speakers spoke about their involvement with the Charity Walk for Peace and about the work and support that Ahmadiyya Muslim Elders Association West Midlands is providing to the local community support initiatives:

“The role of lieutenancy office is same as of Ahmadiyya Community that is the community cohesion and I am really impressed by what Ahmadies are doing.CWFP is providing a platform to charities to collect money which is great. British Red Cross will be represented by two of its vice presidents at the walk. I will be away but my thoughts, my soul and my prayers will be with CWFP for a successful walk.”

“I am delighted and feel privileged to be here at this reception and to be part of charitable work that CWFP is doing. I can see local as well as national charities both will benefit from monies raised by CWFP. I wish them every success for the walk in October and would like to provide all support I can give”

“The work that Ahmadiyya community is doing in pulling everyone together is really important. It helps us protect and looking after each other. I will be delighted to be part of the walk on October 26th”

The regional walk is scheduled for October 26, 2019 at West Park, Wolverhampton and it is hoped that the walk will be a great initiative to provide support to more local charities, including: