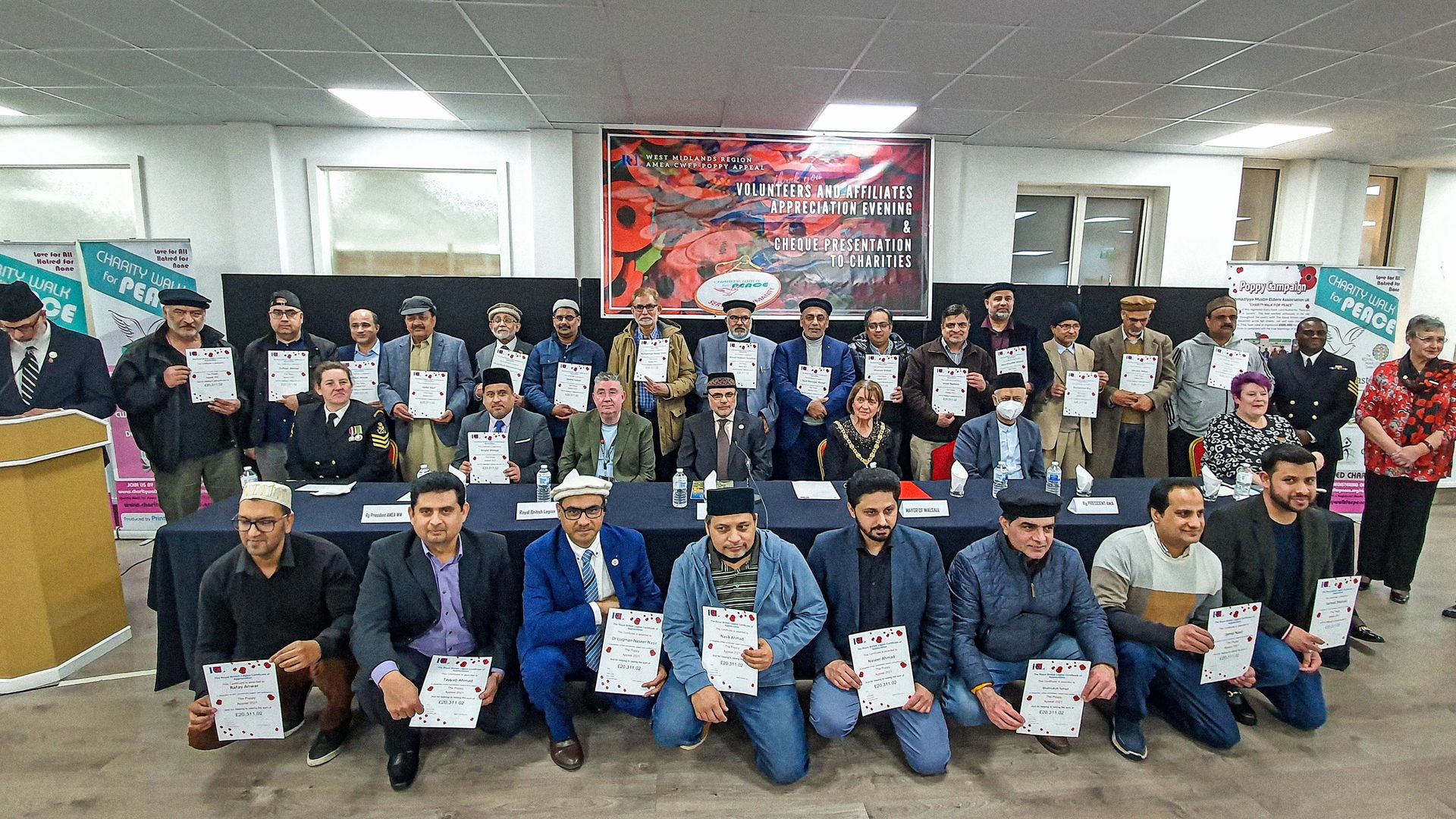 About the volunteers appreciation evening – 2022

The Worshipful, the Mayor of Walsall – Cllr Rose Burley was the chief guest accompanied by Mayoress Jade Micallef.

The Mayor Cllr Rose expressed thanks to CWFP not only for supporting The Mayor’s nominated charity but also for holding such an event which has brought so many communities together. The Mayor said that she felt honoured to be here and was looking forward to attending
similar events in the future.

The Royal British Legion was represented by Malcolm Faulkner. In his Address to the audience he emphasized on the magnificent support of volunteers of CWFP over the years. This year over eighty CWFP Poppy Volunteers collected over £34,000 across the designated points across the West Midlands region and raised over £690,000 across the country manning stands from dawn till dusk with dedication towards the RBL Poppy Appeal 2021. Malcolm said he and all his team members at RBL have always enjoyed working with CWFP and value the work done by CWFP in supporting the veterans.

The national Chairman of Charity Walk for Peace, Mr Zaheer Ahmed, thanked the auspicious guests for attending the event. He further elaborated on the roles and achievements of CWFP over the years in bringing communities together and creating most needed community cohesion to bring peace to society. He also thanked RBL for recognising and presenting award certificates to dedicated CWFP volunteers. Mr Zaheer Ahmed thanked over nine hundred volunteers across UK who helped collecting over £690,000 for poppy and over one million pounds for CWFP in the previous year of the Poppy Campaign.

Mr Khalid Ahmad welcomed the audience and thanked the Chairman CWFP for travelling all the way from Surrey and also the mayor of Walsall and the guests for attending the event. A brief introductory video was shown to all the attendees on CWFP initiatives and highlights from poppy collection campaign. After the introduction the Mayor of Walsall was requested to present charity cheques to below charities:

The Vote of thanks was presented by PO Grandison from the Royal Navy.

The session concluded with silent prayers.

Group photographs were taken for poppy volunteers and also the cheque presentations. The charity representatives recorded their messages of support with the media team.