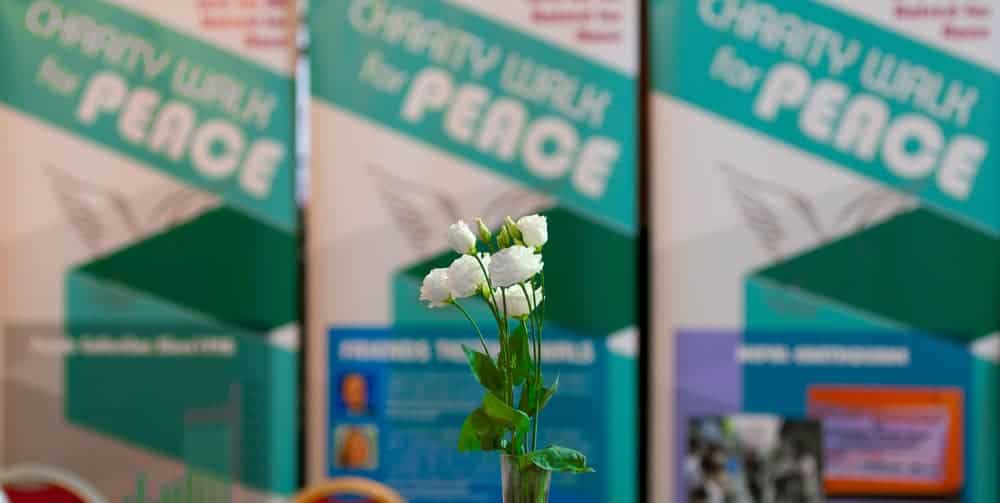 I am delighted the annual Ahmadiyya Muslim Association’s Charity Walk for Peace is being held in Newham this year. This is the most ethnically diverse place in England and Wales and the Association’s aims mirror our work to develop strong, cohesive and integrated local communities.
As well as bringing people from a wide range of backgrounds and faiths together, these walks also raise money for local and national good causes. I hope this year’s walk proves to be the most successful yet.

The parent organisation of Charity Walk for Peace held their pre charity walk dinner within the borough of Newham on Friday 15th April 2016. The event was hosted by this years host – East region. Their Regional Coordinator, Mr Mubashir Siddiqi said “we are so thankful to so many charities who have shown such great interest and have come along tonight to show their support.”

The president of the Ahmadiyya Muslim Elders Association, Dr Ijaz Ur Rehman, commented “Our motto is love for all hatred for none, and we do our level best to ensure that money we raise is forwarded on to those charities that look after the most deserving people in the world. Together with the support of the charities, especially in terms of attending our events, we can truly achieve our noble objectives of Serving Humanity.” He further added “The support we have been receiving from charities since our first marathon walk, as it was known then, has been tremendous and already it seems that with the wonderful friends who have attended today that once again we are going to have a successful Charity Walk for Peace on 29th May here in Newham.”