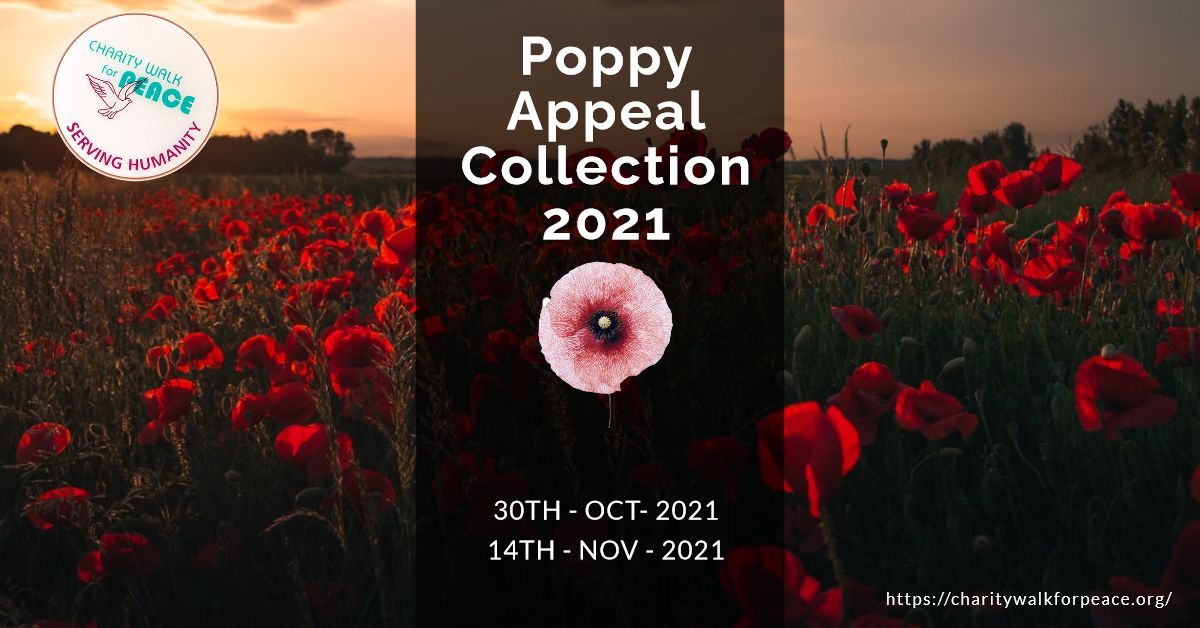 Every year Charity Walk for Peace collect thousands of pounds for the British Legion. In 2019, we collected over £500,000!

The Royal British Legion is at the heart of a national network that supports our Armed Forces community, they are there through thick and thin – ensuring their unique contribution is never forgotten having been established since 1921.
The British Legion is the country’s largest Armed Forces charity, with 235,000 members, 110,000 volunteers and a network of partners and charities; helping them give support wherever and whenever it’s needed.

The Charity Walk for Peace, a registered UK charity, collects for the Poppy Appeal Campaign with thousands of its volunteers and plays an instrumental role in promoting the cause through its network of charities and not-for-profit organisations.