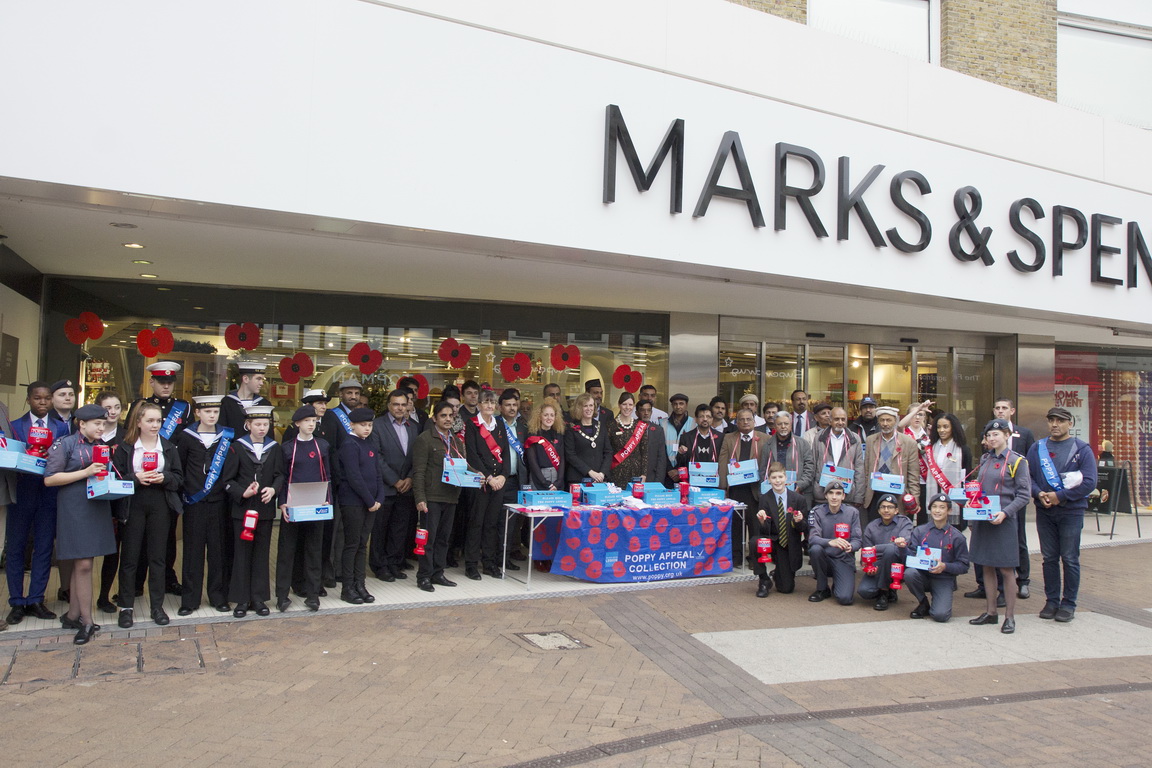 The launch was organised by the Ahmadiyya Muslim Elders Association UK.

The Ahmadiyya Muslim Community is a dynamic, fast growing international revival movement within Islam, founded in 1889.   It now spans over two hundred countries with its membership exceeding tens of millions. We are one of the oldest Muslim communities here in the UK established in 1913. The Ahmadiyya Muslim Community advocates peace, tolerance, love and understanding among followers of different faiths.  Our motto is “Love for all Hatred for None”. We have over one hundred branches across the UK.  Over the last year our volunteers raised over £44,000 for the Royal British Legion. This year we aim to raise over £100,000 nationally.

This launch, the first of its kind in Kingston, was co-hosted by M&S Manager, Samantha Deller, was attended by a large number of local AMEA community members, Royal Air Force, Air & Sea Cadets and M&S staff members.

The Deputy Mayor praised Marks and Spencer for the role they played in making the launch a success, thanked the volunteers and members of the Ahmadiyya Muslim community for their charitable activities in Kingston and UK in general.

The Deputy Mayor also called upon the coordinators of event to look into other charitable areas of our community like the Mayor’s charity ‘Momentum’ which is doing a fabulous job helping those in need particularly the youth.

The borough’s Poppy Appeal Organiser thanked all the participants and other partners in this Poppy Appeal campaign. He concluded by calling upon the volunteers to do everything they can to raise much needed funds.