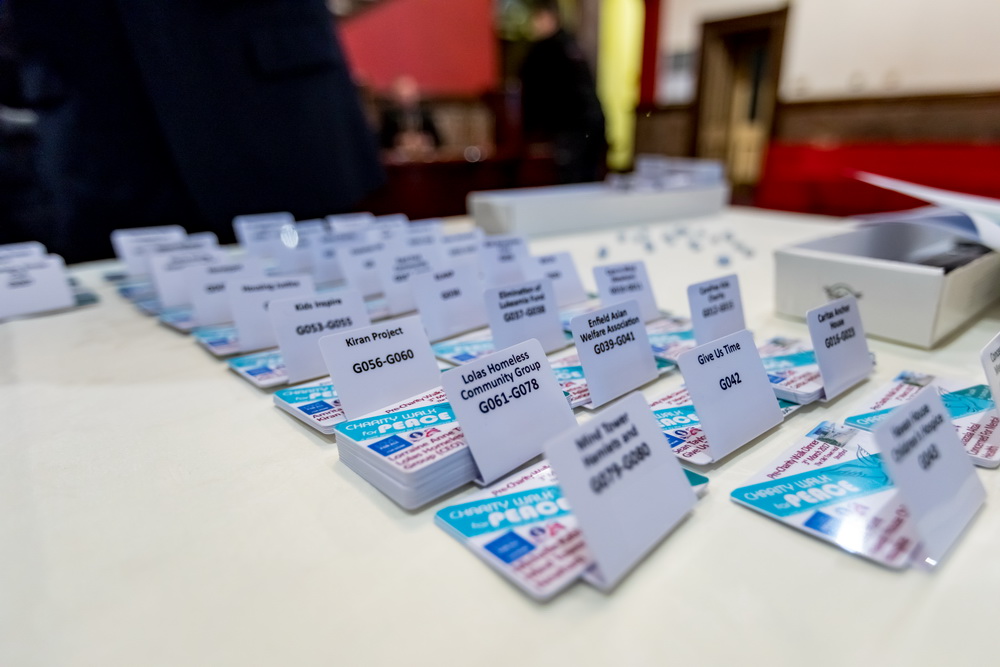 Thank you for a very inspiring evening on Friday; Sue and I enjoyed it immensely. Our thanks to you and all who were involved in the organisation.

I am pleased that you appreciated “PUT it there!” and am grateful for the pictures.

Members of the Ahmadiyya Muslim Elders Association (AMEA) in East London held their second annual Pre Charity Walk for Peace Dinner in Stratford on Friday 3rd March 2017. They were joined by John Barber, Deputy Lord Lieutenant of London for the Borough of Newham, Mike Gapes MP for Ilford South, Councillor Peter Herrington Mayor of Waltham Forest as well as local police representatives, other local dignitaries and representatives from 60 charities based throughout the UK.

As part of the promotion of the Walk regional dinners are being held so that charities can find out more information about the Walk and how they may be nominated as a beneficiary of the Walk.

Following an introduction to the work of the Charity Walk For Peace presented by Mr Rafi Ahmad (National Vice Chairman of CWFP) various dignitaries including John Barber, Mike Gapes MP, Councillor Peter Herrington, Ian Larnder, Chief Superintendent of Newham Police, and Councilor Paul Sathianesan, East Ham Civic Leader spoke about their connection to the Charity Walk For Peace and the positive impact it and members of AMEA have had on the local community.

Dr Ch Ijaz Ur Rehman, National President of AMEA thanked all the charities who attended and praised the work that they are doing.

In the final address Mr Rafiq Ahmad Hayat, President of the Ahmadiyya Muslim Community in the UK, gave an introduction to the beliefs of the community and their motto of Love For All Hatred For None. He stated that there was a great responsibility on all Muslims to be loyal to their country and to engage with and help their local community through charitable works and fundraising.

In total 300 guests attended the function held at The Old Town Hall in Stratford. Before leaving they were served with a three course meal prepared by volunteer members of AMEA.

Some of the other guests who attended or spoke at the function included:-