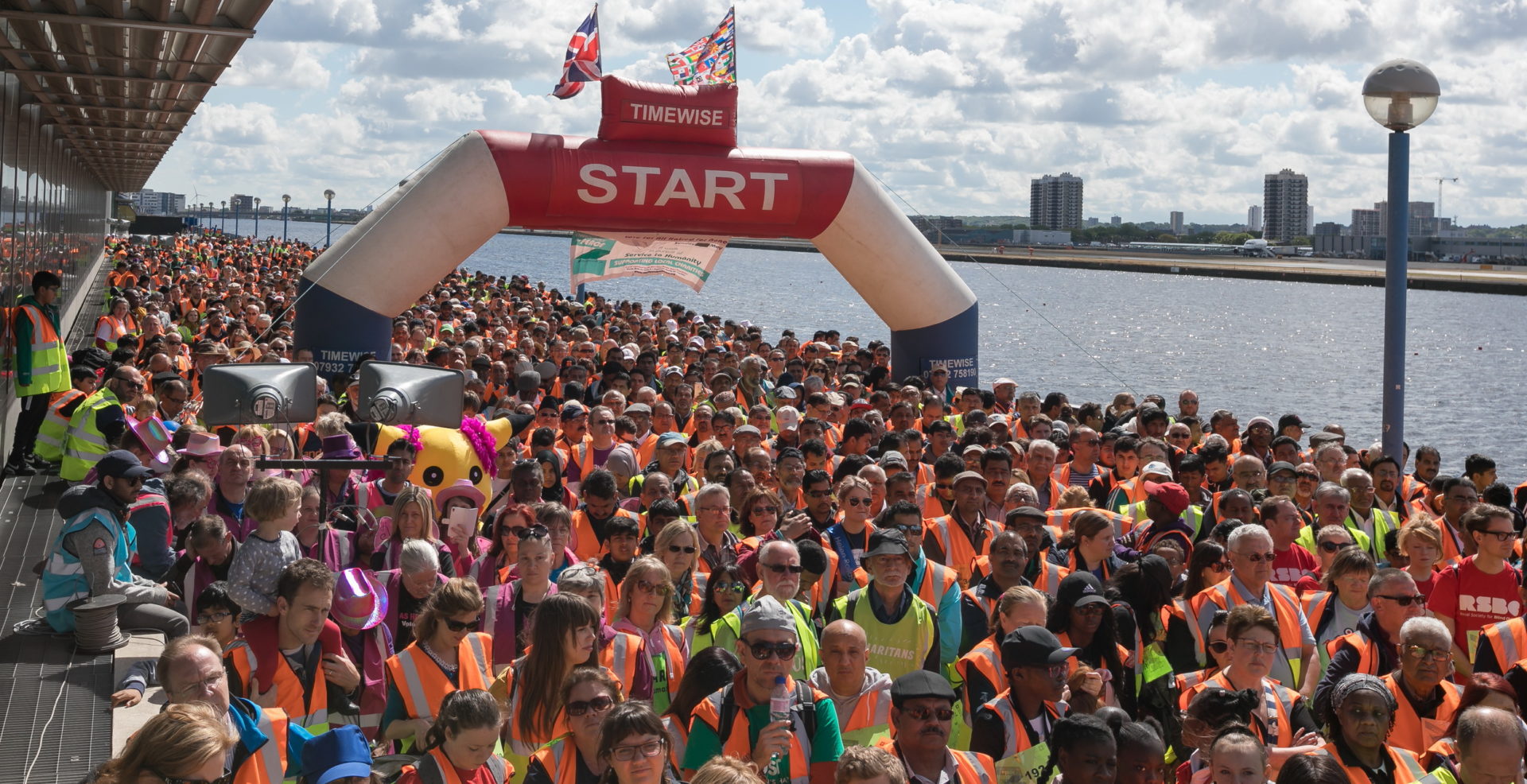 Hundreds of thousands of pounds raised in Charity Walk for Peace, hosted in Newham East London by the Ahmadiyya Muslim Elders Association UK.

Over 4000 men, women and children from all over the country participated in a major Charity Walk for Peace in the Royal Docks area on Sunday May 14th putting their best foot forward to raise funds for over 90 UK charities. The 8km route, full of London landmarks, proved a breeze for both young and old and was thoroughly enjoyed by all. It is expected that over a quarter of a million pounds was raised through the walk and the expectation is that over £750,000 will be collected by the end of the year, with all proceeds to be paid to the charities later this year.

The event was arranged with over 800 volunteers who worked tirelessly over many months in its preparation. Widely supported by ministers, a range of cross-party parliamentarians and faith leaders the theme for this year’s walk was ‘A Walk in Pursuit of Service to Humanity.’

Mr Rafiq Hayat, National President of the Ahmadiyya Muslim Community UK, welcomed everyone and said, “…the name of our beautiful faith, which preaches peace and harmony, is being tainted by the twisted views of a few amongst Muslims. Events like today help to redress the balance. Our community has been raising funds for British charities since 1985.”

The event, now in its 32nd year, the walk raises funds for various UK charities as part of its drive to engage its members to serve humanity, in line with the guidance of the community’s Caliph (spiritual leader), His Holiness Mirza Masroor Ahmad. This year’s walk was part of the Ahmadiyya Muslim Community UK’s nationwide ‘United Against Extremism’ campaign that seeks to bring people together to show solidarity against extremism and to promote peace.

“We have been bowled over by the immense support shown by the participants and charities. They have taken the time to step forward and join in support of the Charity Walk for Peace and brought out the peace loving nature which is present in all of us.”

He added, “The Ahmadiyya Muslim Community’s long standing motto has been ‘Love for All, Hatred for None’ and this walk epitomised the very essence of this statement where people of different religions and race came together under one umbrella for a common cause. We would like to thank and are immensely appreciative of the tremendous help and support provided by Newham Council in the running of this event.”

A cheque presentation ceremony for the many charities being supported will be held later this year in the Houses of Parliament to draw further attention to the work carried out by of the various charities that are being supported.