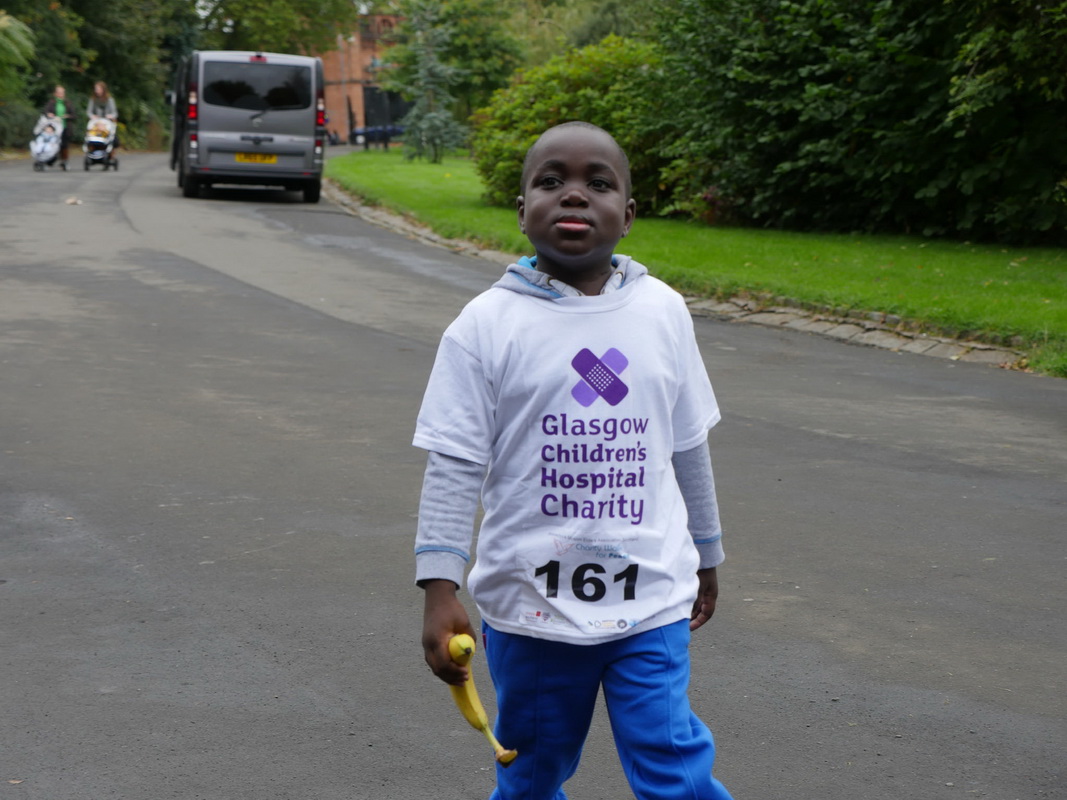 About 150 men, women and children from all over Scotland participated in the Scottish Charity Walk for Peace 2017 in the Westend area of Glasgow on Saturday 23rd September putting their best foot forward to raise funds for 8 Scottish and 2 UK Charities. The 5km route, in the iconic Glasgow Kelvingrove Park, proved a breeze for both young and old and was thoroughly enjoyed by all. On the day, an outstanding amount of almost £5,000 was raised through the walk and the expectation is that £50,000 will be collected by the end of the year, with all proceeds to be paid to the 10 supported charities later this year. The 10 Charities supported this year are; Poppy Scotland, Barnardo’s Scotland, Glasgow Children’s Hospital Charity, Beatson Cancer Charity, Aberlour Scotland‘s Children’s Charity, The Archie Foundation Dundee, Ronald McDonald House Glasgow, Emmaus Glasgow, Humanity First.

The event was arranged with over 30 volunteers who worked tirelessly over few months in its preparation. Widely supported by the Glasgow Lord Provost, the beneficiary charities, some local councillors and some Scottish parliamentarians, the theme for this year’s walk was ‘A Walk in Pursuit of Service to Humanity.’

To get the event publicised, there was a special launch of the Charity Walk For Peace Scotland 2017 earlier on Monday 11th September, which was attended by 7 Scottish beneficiary charities and the Glasgow City Lord Provost Eva Bolander and her colleague Councillor Elspeth Kerr. On the day, there was a brief session where the Lord Provost praised the Ahmadiyya Muslim Elders Association for organising such an important Charity walk, which was going to raise funds to support the charities to help the needy, poor, sick and the vulnerable people in Scotland. She pledged the support of the office of the Glasgow City Lord Provost and called on the people of Scotland to also come forward to support the walk on the day of the event and raise more funds for its intended cause. After the brief address, there was a photocall of the Lord Provost, Councillor Elspeth Kerr, the Regional President of AMEA Scotland Mr Tahir Naseem, The Regional Ameer of the Ahmadiyya Muslim Community Scotland Mr Muhammad Ahsan Ahmad, the Regional Missionary of Scotland Mr Daud Ahmad Qureshi, the President of the Ahmadiyya Muslim Community Glasgow Mr Muhammad Akbar, the Chairman for CWFP Scotland Ahmed Owusu-Konadu and some CWFP Scotland Committee members and all the representative of the 7 charities present at the Ahmadiyya Muslim Mosque Complex in Glasgow and then at the venue of the Scotland CWFP 2017 the Kelvingrove Park.

Speaking to the press at the launch, the Glasgow Lord Provost said “It was a great pleasure to join the Ahmadiyya Muslim Elders Association today and help promote their Charity Walk For Peace. I urge everyone to go along and support this event that is helping a range of charities, as well as to show we value their tolerance and believes in love not hate”.

The event big day Saturday 23rd September, started with registration at 9am at the Ahmadiyya Muslim Community Mosque Complex, which is only a stone throw away from the walk venue. All the 8 Scottish Charity had their separate registration desk which was beautified by their Charity colours and logos and many freebies at the desk for the walkers to help themselves when they registered. Registration closed at 10:30am and all Walkers moved to the Kelvingrove Park where they did the 5k walk.

In her address the local Councillor Elspeth Kerr praised the Ahmadiyya Muslim Elders Association for organising the charity walk for peace to raise funds for the needy and vulnerable in the Community and also thanked the walkers for coming out to walk in the numbers for a wonderful cause.

The race was enjoyed by all participants and there were plenty of fruits, water and juice on the route for the walkers to help themselves whenever they felt the need. All along the route was also properly signposted with CWFP arrow signs and big red poppies plus 15 Marshalls ensuring no one got lost and all were very relaxed on their walk without any issues.

The runners were quite fast and by 30 minutes the first place was being competed for by the two brothers Nasir Ahmad Owusu-Konadu and Talha Ahmad Owusu-Konadu but Talha Ahmad managed to snatch the first place from his elder brother Nasir Ahmad who then came second. Then shortly after about five minutes later, their younger brother Tahir Ahmad Owusu-Konadu emerged as third place. Then the rest of the participants followed and by 12noon the last participant has finished, and all of them including the volunteers and organisers were treated with a medal presented by Chairman CWFP UK Mr Zaheer Ahmed and the local Councillor Mrs Elspeth Kerr followed by packed lunch of delicious Chicken Biryani and Vegetable Pasta and a goodie bag of the Ahmadiyya Muslim Community leaflets, some souvenirs from the Charities and some sweeties. All the participants then moved back to the Mosque at 12:30pm for the Final session which was the prize given ceremony for the best three places in the race and the fundraising in various categories.

The Prize Ceremony started at 1pm at the Ahmadiyya Muslim Community Mosque Complex in Glasgow chaired by Chairman CWFP UK Mr Zaheer Ahmed with the stage secretary being the Chairman CWFP Scotland Mr Ahmed Owusu-Konadu. This section became very exciting because participants who have done extremely well and came in the top three in the race and fundraising were all awarded with a trophy by Chairman CWFP UK Mr Zaheer Ahmed and the Regional President AMEA Scotland Mr Tahir Naseem. Overall top fundraiser went to Master Abdul Shafi Owusu-Konadu a six years boy who raised a staggering amount of over £1500 and overall first prize of the race went to Talha Ahmad Owusu-Konadu.

During the Final Session, there was also an opportunity for all the Charities’ representatives to address the audience on what their charity do and also expressed their gratitude to the AMEA Scotland for the wonderful support they have received from them and continue to receive from them.

The final address was delivered by the Chairman of CWFP UK Mr Zaheer Ahmed, in which he thanked the organisers for putting up such a brilliant event, the participants for coming along and raising funds to make the event very successful and the Charities for their good services to the poor, needy, sick and vulnerable people in the society and promised that the AMEA Scotland and UK will continue to do and facilitate such charitable causes because it was a fundamental requirement of the true teachings of Islam.