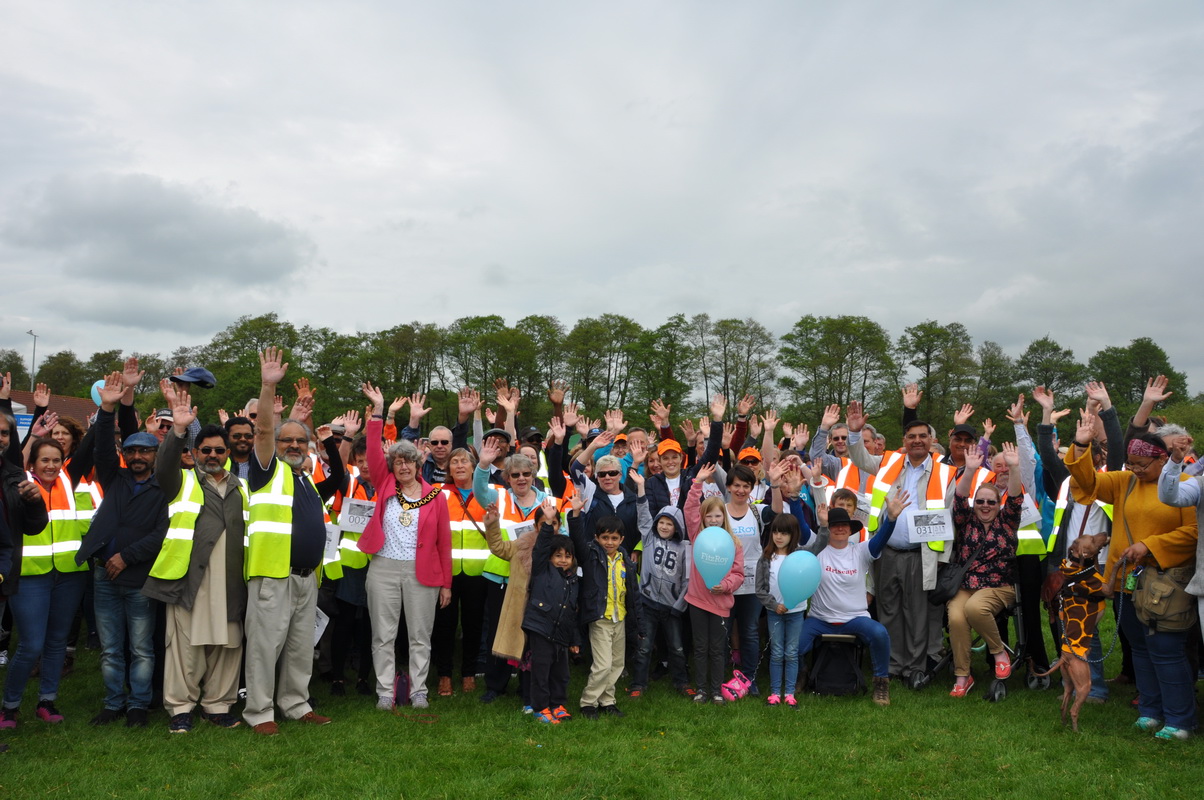 More than 325 walkers made great strides for good causes this weekend when they took part in a Petersfield fundraising walk.

The three-mile walk, called the Charity Walk for Peace, was organised by the Ahmadiyya Muslim Elders Association (AMEA-UK) in association with East Hampshire District Council and gave local people the chance to come together and do something positive for the community.

The walk snaked in a circular route through Petersfield, taking in the town centre and other local landmarks, before finishing at the EHDC offices at Penns Place where walkers were treated to a delicious Biryani lunch.

The Ahmadiyya Muslim Association has a strong connection to the East Hampshire area. Every July it hosts Jalsa Salana, a three-day religious festival, in East Worldham which welcomes more than 38,000 people.

Nine local charities have been selected as beneficiaries from the event:

Throughout the year, AMEA UK sponsor a number of Charity Walks, and this particular walk follows immediately on from the annual Charity Walk held on April 29th in Windsor Great Park where 4,500 walkers gathered to support the many charities from across the UK. To see the brilliant turnout today in Petersfield is very heart-warming and indeed humbling and we look forward to raising as much money as possible for the chosen charities.

Last year’s walk raised £7,000 which was used to support local charities and their vital work in the district. I’m delighted to see that so many people came along and take part in the 2018 walk and raise even more money for these fantastic charities.

Thank you to the Ahmadiyya Muslim Elders for their hard work in organising such a successful event.

The Charity Walk for Peace epitomises our objective of serving humanity through peaceful initiatives, and this year more than ever before, we have received incredible support from across the East Hampshire from charities, community groups and organisations who share our goal. It really is wonderful to work for the common good of mankind, we could not ask for more.