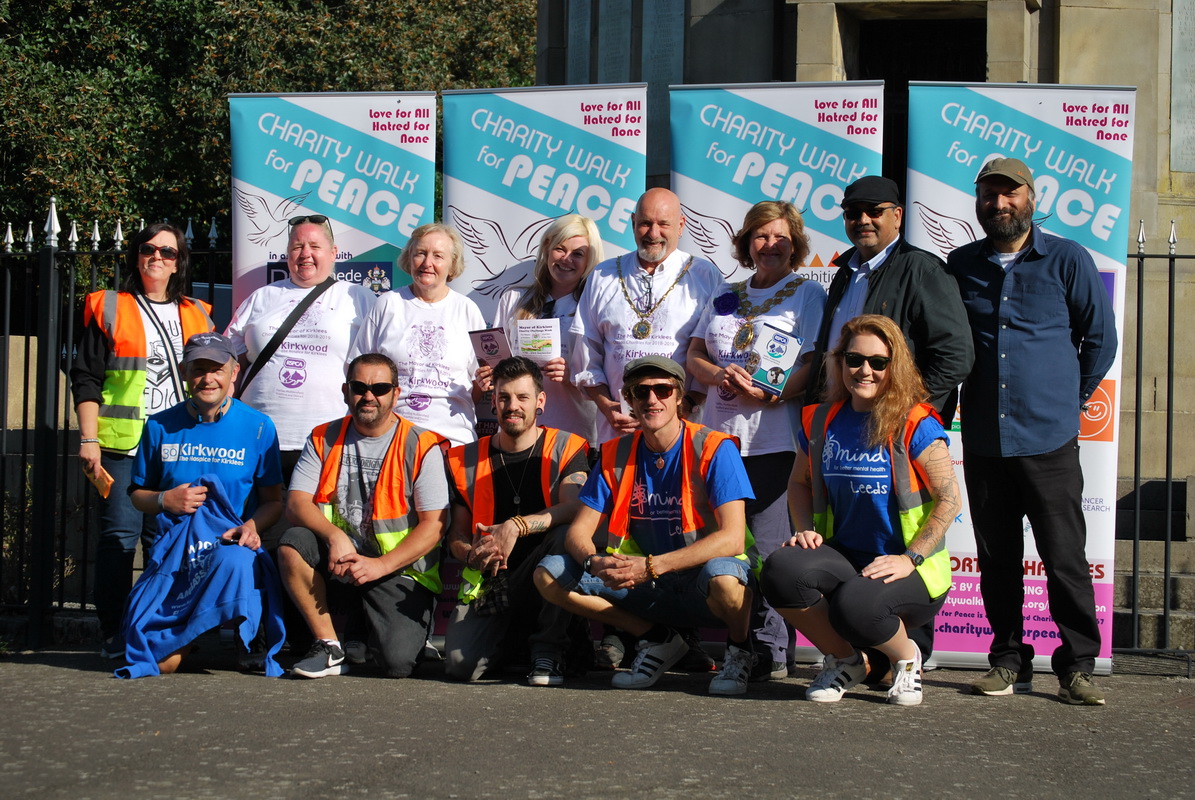 The first Regional Charity Walk For Peace for the Yorkshire and North East Region was held on Saturday 1st September in Crow Nest Park, Dewsbury.

The Mayor of Kirklees, Councillor Gwen Lowe, and her consort, Mr Ken Lowe, joined over 270 people to take part in the Walk. More than 20 charity and community groups were represented at the Walk including the Mayoral Charities – Kirkwood Hospice and RSPCA (Halifax, Huddersfield, Bradford and District Branch).

The Walk was organised by the Yorkshire and North East division of the Charity Walk For Peace (Registered Charity Number 1161567) organised by the Ahmadiyya Muslim Elders Association (AMEA) who bore all of the costs of organising and staging the event so that 100% of the funds collected can be donated to the charities taking part. Walkers from as far afield as Newcastle, Hartlepool, Sheffield, Scunthorpe, Sheffield and Nottingham took part although the majority of walkers attending were from the West Yorkshire area.

At 10 am the programme commenced with a few words from the Mayor about the importance of charity work and how it benefits everyone who takes part.

Mr Rashid Amini, President of the Yorkshire and North East AMEA thanked all the walkers and Charities for attending and stated that he wished that everyone taking part would be able to talk to each other and build stronger relationships.

Mr. Arif Ahmad paid special thanks to the groups who donated or lent items for the Walk. Kirklees Council provided the Chairs, The Friends of Wilton Park, Batley provided tables and gazebos and water and fruit for the walkers was donated by ASDA Dewsbury and Tesco Batley respectively.

In previous years the Charity Walk For Peace has held one large national Walk (usually in the London area). However, now the plan is for each region to hold their own local Walk so that more people can take part and more monies can be raised for charity.

Well over £2,000 was raised on the day with more funds expected to be collected.