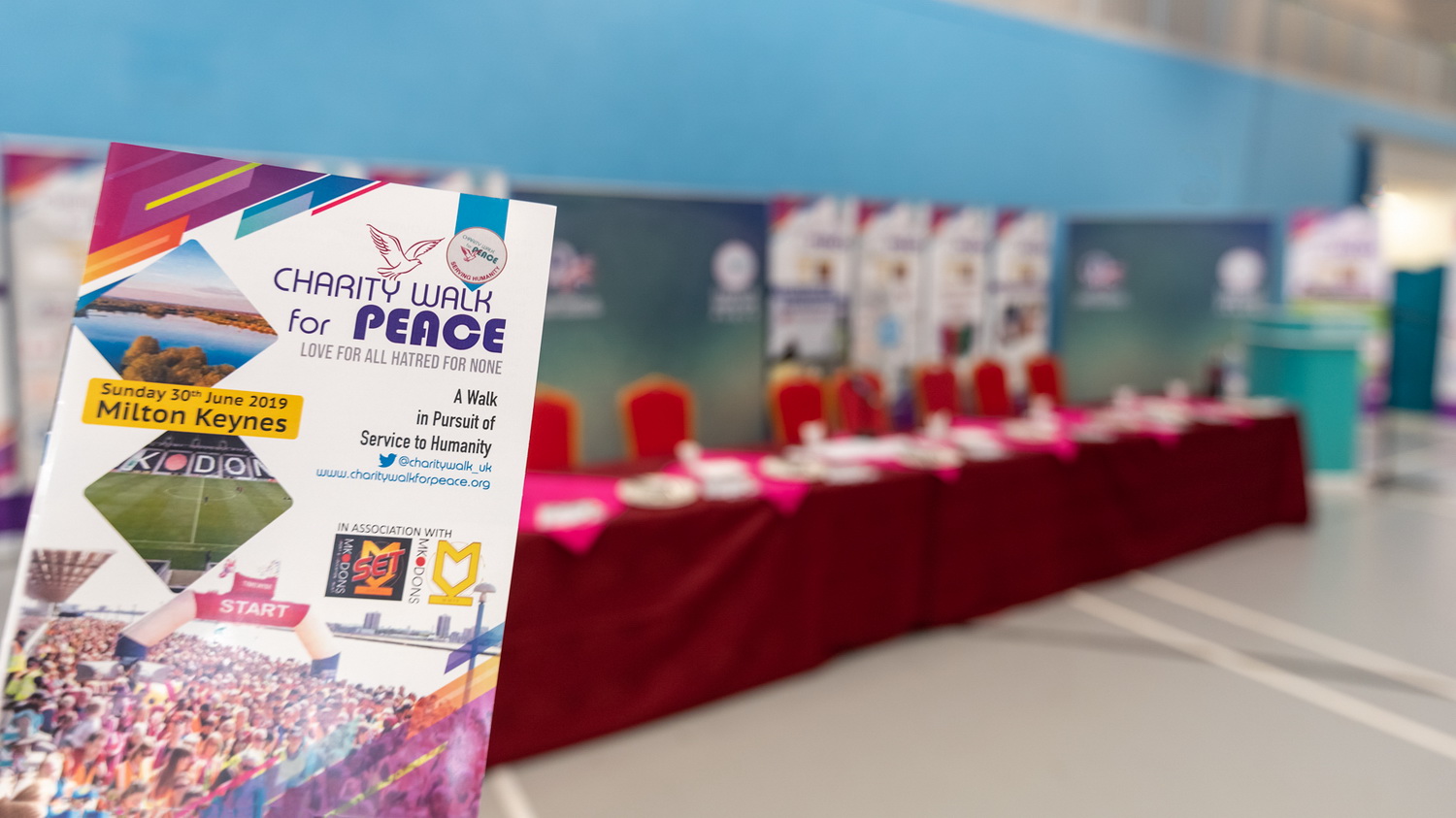 Charity Walk for Peace held the “All London Charity Reception” at the Canon Leisure Centre in Mitcham on 28th April 2019. The event was organized in association with the Mayor of Merton, Cllr. Mary Curtin.

The Charity Reception provided the opportunity for the charities to better understand the UK wide work of the Charity Walk for Peace, with information on how to get involved and help raise £1 million for UK charities.

Representation of over 40 charities and other voluntary organisations made the evening full of proactive discussions on fundraising and the productive support of over 5,000 volunteers of the Ahmadiyya Muslim Elders Association UK.

The formal session was chaired by Mr Zaheer Ahmad, Chairman of the Charity Walk for Peace. Addressing the audience Mr Zaheer Ahmad thanked all the members of CWFP and drawing to the fact that from a humble contribution of £1500 in its first year in 1985, through the efforts of the volunteers and charities, a staggering one million pounds was raised in 2018 alone. https://www.youtube.com/embed/FWvVUbJ9LK8?feature=oembed https://www.youtube.com/embed/PsEt7AcDg0A?feature=oembed

Mr Graham Ferris from the Royal British Legion said he was absolutely staggered by the support that his organisation had received from AMEA UK and thanked the CWFP for the half million pounds that he received. Speaking about the Second World War, he said Britain was not alone in the war but was supported by Commonwealth Nations. He especially lauded the efforts of 2.5 million men from the sub-continent of South Asia, including India and Pakistan. Graham explained that this was the biggest volunteer army in the Second World War.

A number of guests also shared their work within the community at large, concluding with an address by the Mayor of Merton who appreciated the work of CWFP and the 2 charities she herself supports, The Colour House Theatre, a children’s theatre based in Merton Abbey Mills and Morden based charity, the Friends in St Helier known as FISH. FISH is particularly important to the Mayor as it is a charity she started 30 years ago for the over 50’s which organises lunch clubs, befriending sessions and holidays.