The Charity Walk for Peace has become an annual event in Ahmadiyya Muslim Elders Association UK’s calendar for many years. This year the event was held on Sunday 30th June 2019 in Milton Keynes (MK) starting at the MK Dons Stadium.

There were two scenic routes to cater for the different age group of walkers. One was a 1.8 miles course and the other was 4.5 miles.

A light breakfast was provided at the MK Dons stadium and fresh tea/coffee was also available for everyone throughout the event. Around the route there were several water and fruit points.

Participants started arriving from 8am onwards from different parts of the UK, some travelled very long distances including from Wales and Scotland.

The age range also varied from babies in pushchairs, young to over 90 years old. Over 2,200 people attended, including over 500 external guests.

There was a short opening session before the walk began. It started with recitation of the Holy Quran.

Short addresses were delivered by:

A medal was awarded to every participant who passed the finishing line. Chicken rice with raita (yoghurt) was also served to all the participants. This year a special arrangement was made for younger children so they too could enjoy themselves on an inflatable bouncy castles and other fun activities.

In addition to a number of regional charity receptions and charity walks, this year we are aiming to raise £1 million for various humanitarian causes. 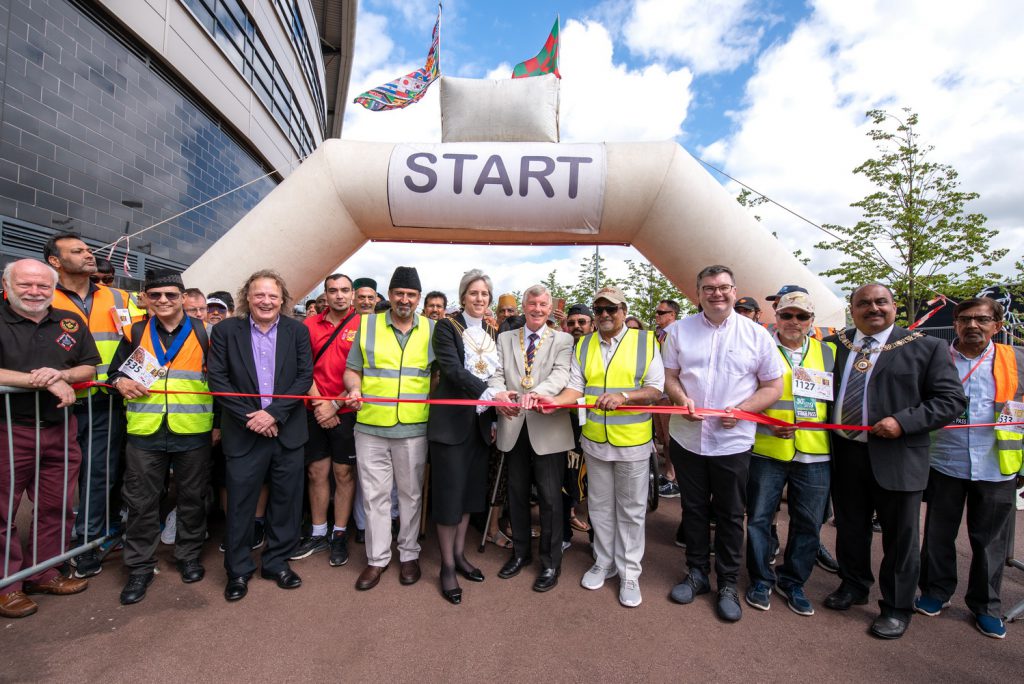 We have been organising charity walks for the past 33 years. In 2010 the walk was given a name
Charity Walk for Peace
to mirror our mission statement

Read more about us

Join Us To Support Humanity