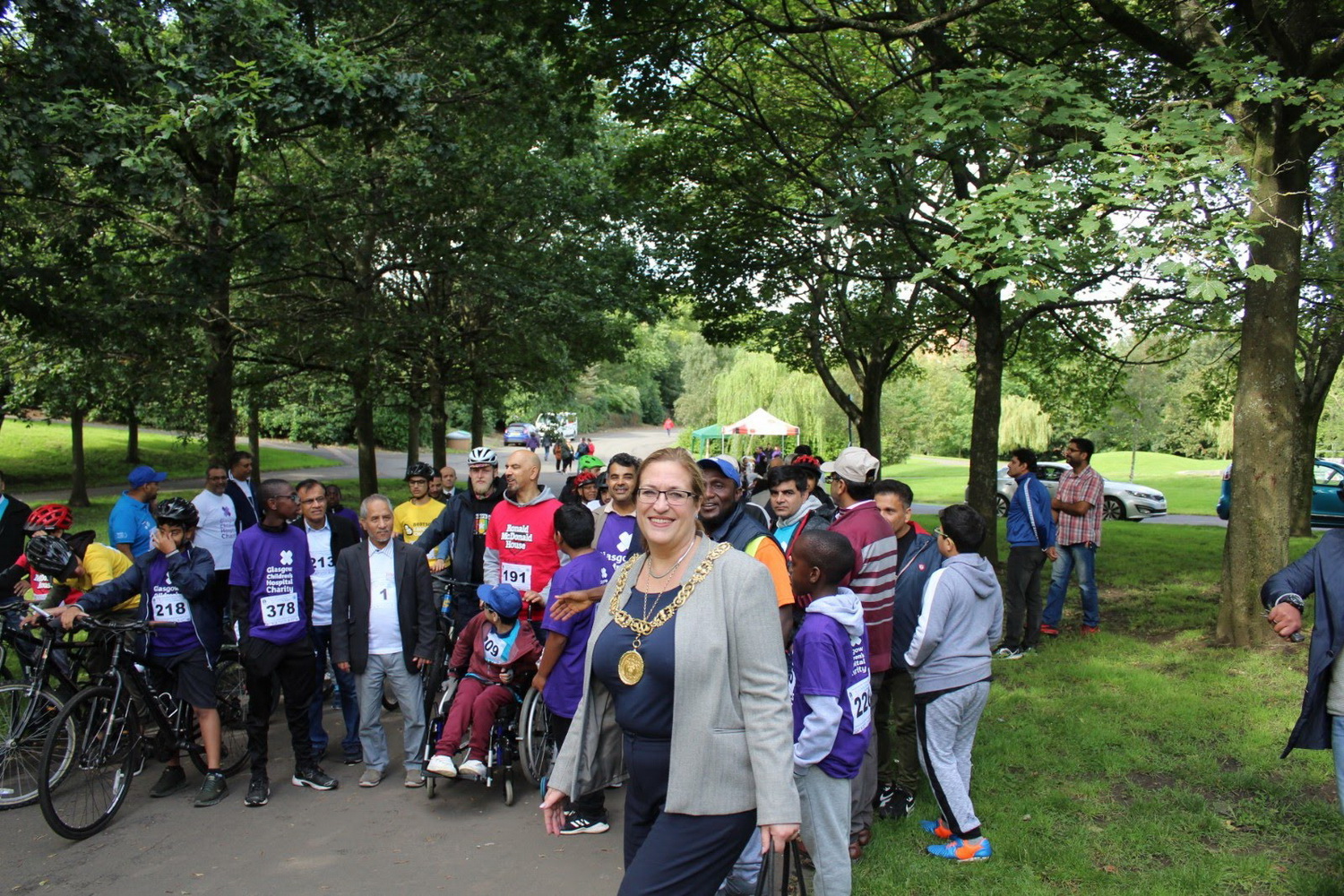 Dignitaries such as the Lord Provost for Glasgow Eva Bolendar, local MPs Rt. Hon Alison Thewliss and Patrick Grady MP SNP for Glasgow North attended the event to address the all the participants before the event started each appreciating the service of the AMEA and our charitable work carried out for the service of Mankind. This year we partnered with our neighbour Bike for Good cycling charity who were kind enough to donate 12 bikes for participants to use in the fun walk/run, they also provided a free bike repair for anyone needing a service check on their bicycles.

The participants attended the award ceremony to conclude the day, with all the charity representatives, medals and trophies were given to the winners of the races and highest fund raisers.

Charity representative who attended the event thanked AMEA Scotland and the Committee of CWFP Scotland for organizing such an amazing event to raise funds for the various Charities in Scotland who served the needy in the Communities.

In his welcome address, the Regional Coordinator for Charity Walk For Peace Scotland Mr Ahmed Owusu-Konadu thanked all participants for joining the fun event and added that “the beneficiary charities must never see AMEA and the Ahmadiyya Muslim Community for that matter as doing them a favour, because serving the needy, poor and vulnerable is a Religious responsibility that must be fulfilled and that is one of the many beauties of the Islamic faith, which the media normally don’t portray”.

The event was attended by more than 100 participants, males, females, young and old from various background and a total of approximately £5000 was raised on the day.

The fundraising efforts and activities still continue with the aim of raising the set target of £20,000 by the end of the year and a Cheque Presentation held early 2019 to present 100% of all funds raised to the Scottish charities supported this year.