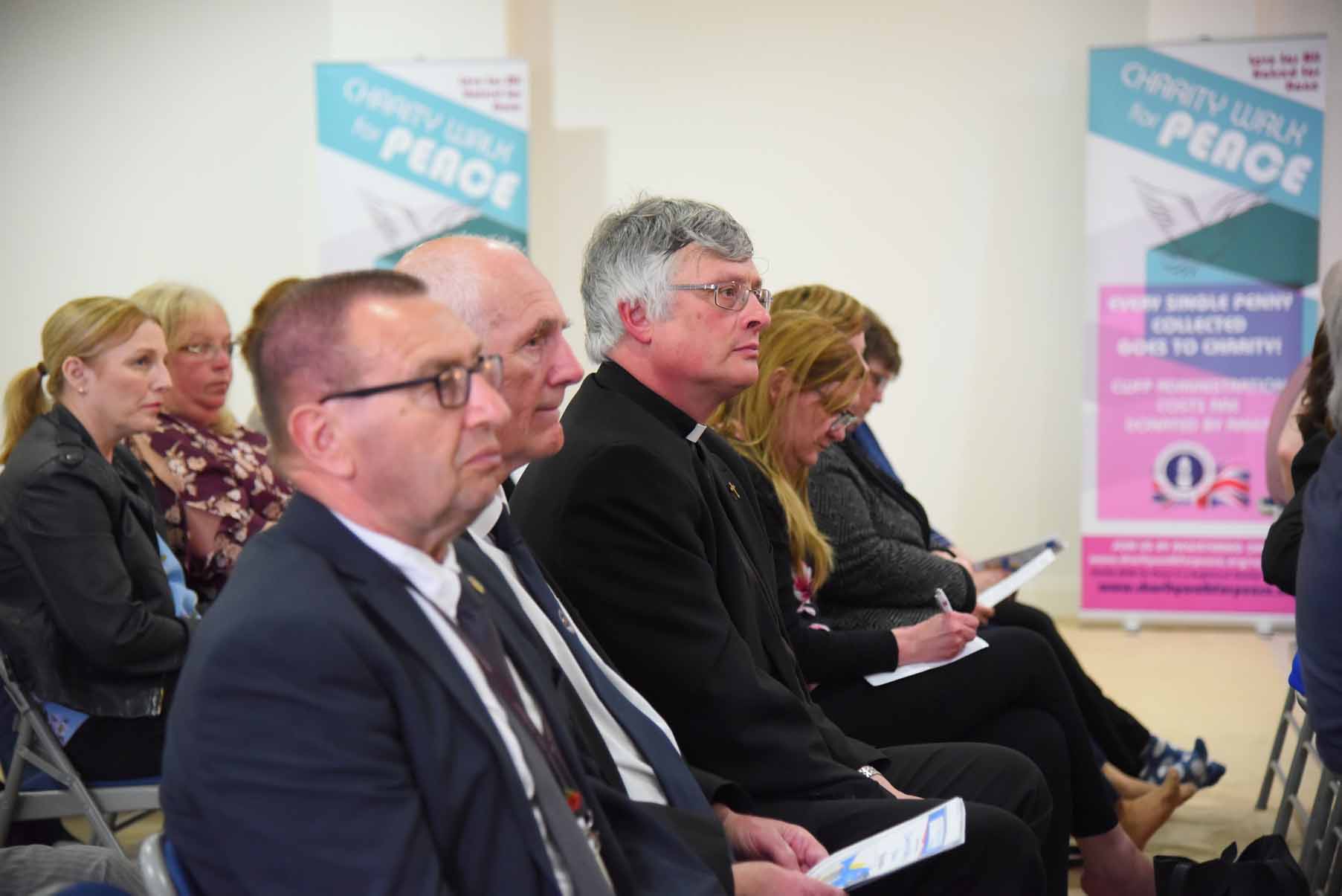 With just a week to go until the annual Charity Walk for Peace on April 29th at Windsor Great Park, a special Charity Reception Dinner was held on Wednesday April 18th 2018 at the Nasir Mosque in Hartlepool to a packed hall of dignitaries and guests from the local and surrounding areas.

The Charity Reception provided an opportunity for participants to meet the organisers and sponsors of the annual Charity Walk for Peace and with the objective of introducing them to this year’s National Walk, its aims and objectives, and its fundraising efforts throughout the previous year.

The organisers of the walk explained that during the past 28 years they have been holding these walks throughout the country, with one being held in Hartlepool, and in the past five years the Charity Walk for Peace has raised £1.3 million pounds and donated to 136 local, national and mayoral charities including £250,000 to her majesty’s charitable cause. They further explained how they are planning to hold a regional walk in Hartlepool next year, to donate to enhance the funding for local charities.

The three respective Mayors addressed the guests on their own respected charities and why they chose them specifically this year.

Local charities, including Alice House Hospice, Artium, Epilepsy Outlook, Friends of Hartlepool Wild Green Spaces, the Great North Air Ambulance and the Wharton Trust, all spoke about their respective charities and their involvement in this years Charity Walk for Peace.

Mr. Tahir Selby, Imam of the Ahmadiyya Muslim Nasir Mosque in Hartlepool, spoke on the importance of the Charity Receptions and how it brings together  many representatives to speak about their respective charities. He acknowledged the excellent work that these charities are doing to serve mankind.

This year’s Charity Walk for Peace carries a truly ‘ROYAL’ theme as it falls between Her Majesty the Queen’s Birthday and the upcoming Royal Wedding in May.

The Chairman of the Charity Walk for Peace, Mr. Zaheer Ahmed, said:

“This year’s Charity Walk for Peace carries a special emotion for us all as it is being held in Windsor Great Park and follows Her Majesty the Queen’s birthday and precedes the upcoming Royal Wedding in May.

We are delighted to be in the middle of two ‘ROYAL CELEBRATIONS’ and as we are raising a £1,000,000 for UK Charities, it makes this year’s walk very unique and special. We are very much looking forward to the 5,000 plus participants on the day on April 29th.”

Participating charities at the Charity Reception who addressed the guests included: