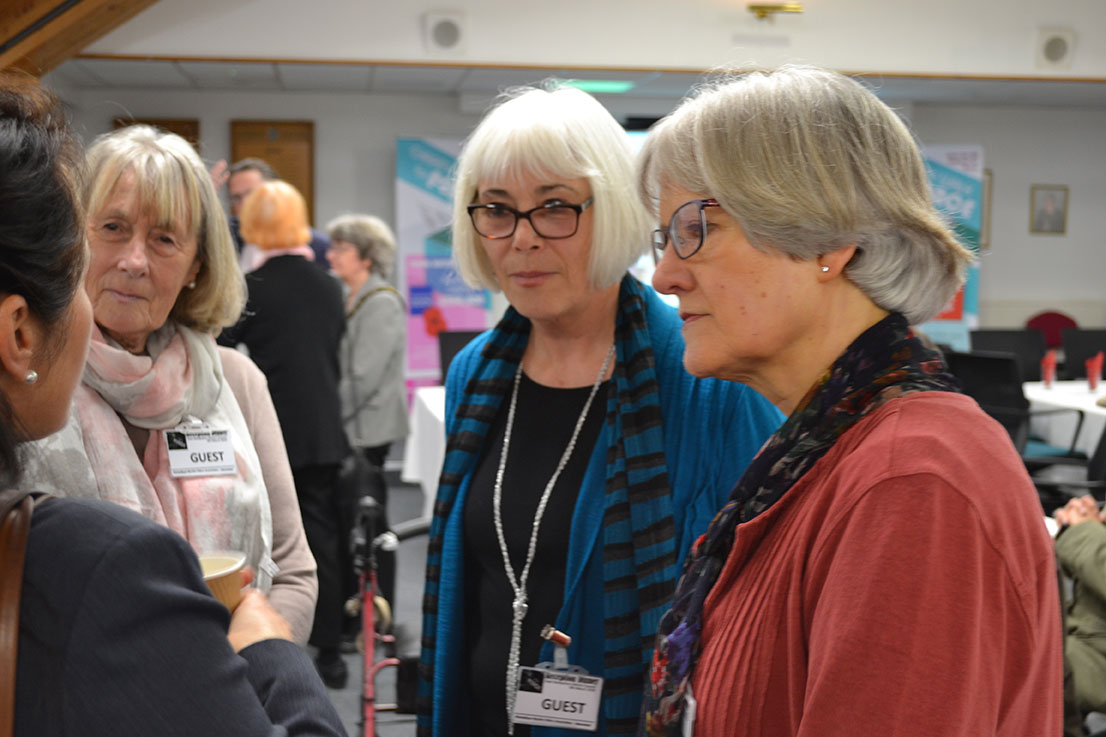 Charities and local businesses got a charity walk off on the right foot when they gathered for a launch event in Petersfield on Friday 9th March 2018 at East Hampshire District Council’s offices. The Charity Walk for Peace welcomed organisations from around the town as they announced this year’s fundraising initiative in association with East Hampshire District Council. The Charity Walk for Peace is held annually to promote community spirit and raise money for
worthy causes. This year’s five-mile walk will be held in Petersfield on Saturday 12th May with over 500 walkers taking part with the objective of raising funds towards the £1,000,000 target for UK charities in 2018.

The annual Charity Walk for Peace is sponsored by the Ahmadiyya Muslim Elders Association UK [AMEA UK] and guarantees every single penny goes direct to charity, all administrative costs being met by AMEA UK and its members from across the country.

“AMEA have always been fantastically supportive of the district and its residents and has a truly impressive fund-raising record across the country. Last year’s walk, in Bentley, raised £7,000 which was distributed among local charities. This year we are hoping to raise £15,000 – £20,000 to support more good causes in East Hampshire. If you want to see some attractive corners of Petersfield while also doing some good for your local community come along to the walk on 12 May.”

“I am grateful to East Hampshire District Council for their wonderful support every year and we are very much looking forward to reaching a milestone this year with the Charity Walk for Peace by raising £1,000,000 for UK Charities. It is always so humbling to see the support
received and the incredible enthusiasm of the participants. Together we can truly make a difference to the lives of so many people who rely on the support and help that so many charities across the UK provide them with.”

“The Charity Walk for Peace epitomises our objective of serving humanity through peaceful initiatives, and this year more than ever before, we have received incredible support from across the UK from charities, community groups, schools and organisations who share our goal. It really is wonderful to work for the common good of mankind, we could not ask for more.”