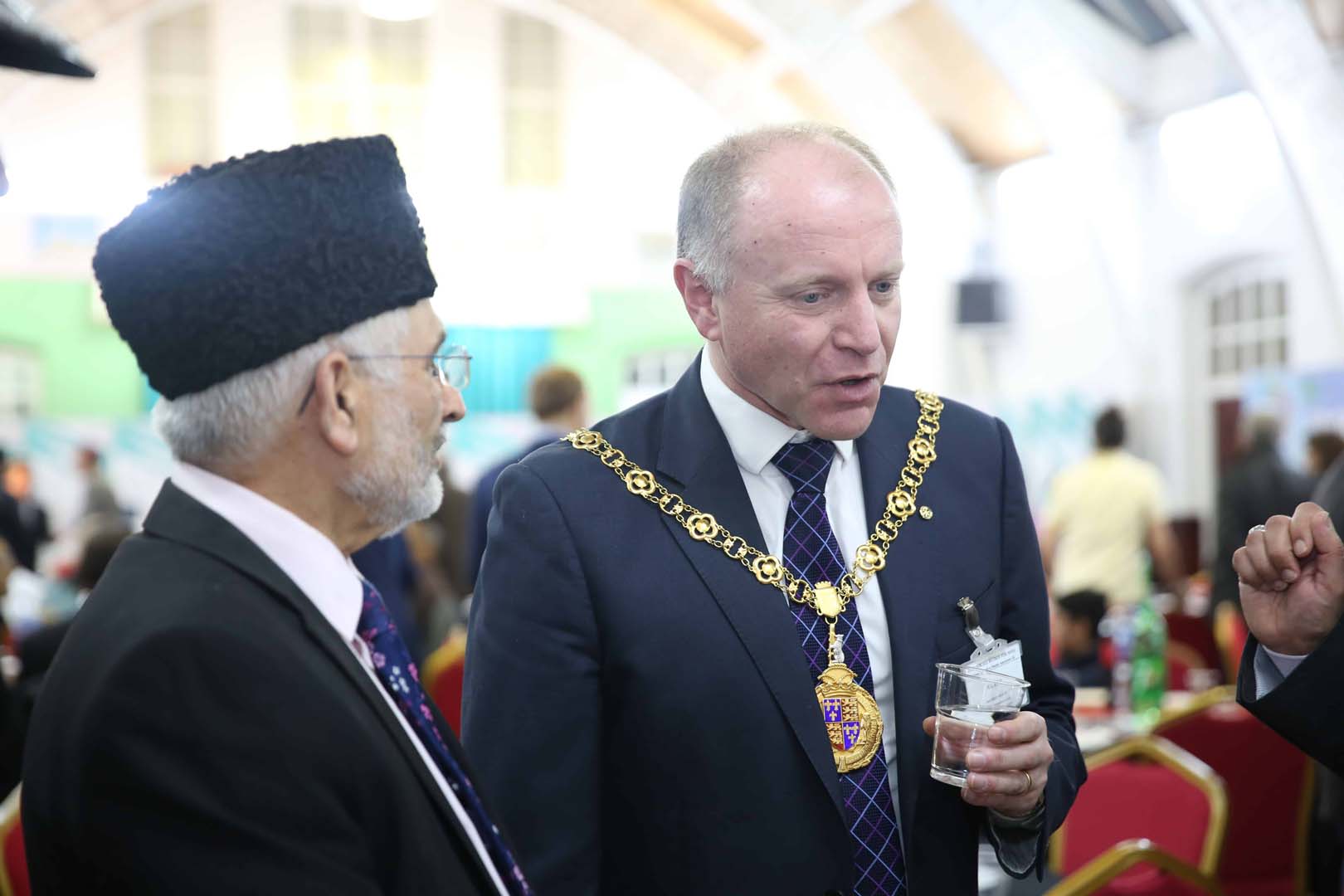 The Charity Walk for Peace Charity Reception Dinner was held on Saturday March 24th 2018 at The Darul Barakaat Mosque of the Ahmadiyya Muslim Community Birmingham.

Over 65 guests, including the Deputy Lord Lieutenant for Midlands, The Lord Mayor of Walsall, Councillors and a host of supported Charities attended to show their support for the upcoming Charity Walk for Peace being held on Sunday April 29th 2018 in the Windsor Great Park in association with Runnymede Borough Council.

The Dinner provided an opportunity for participants to meet the organisers and sponsors of the annual Charity Walk for Peace and with the objective of introducing them to this year’s National Walk, its aims and objectives, and its fundraising efforts throughout the previous year.

The Chairman of the Charity Walk for Peace said:

“I am so grateful to you all for taking time out of your busy schedules to attend this evenings Charity Reception. We are so fortunate that today across the entire UK, charity receptions are being held with the objective of raising the much needed £1,000,000 for UK charities in 2018.With your support, we are confident that this year’s Charity Walk for Peace will be best one yet, so let us work together towards the one million target.”