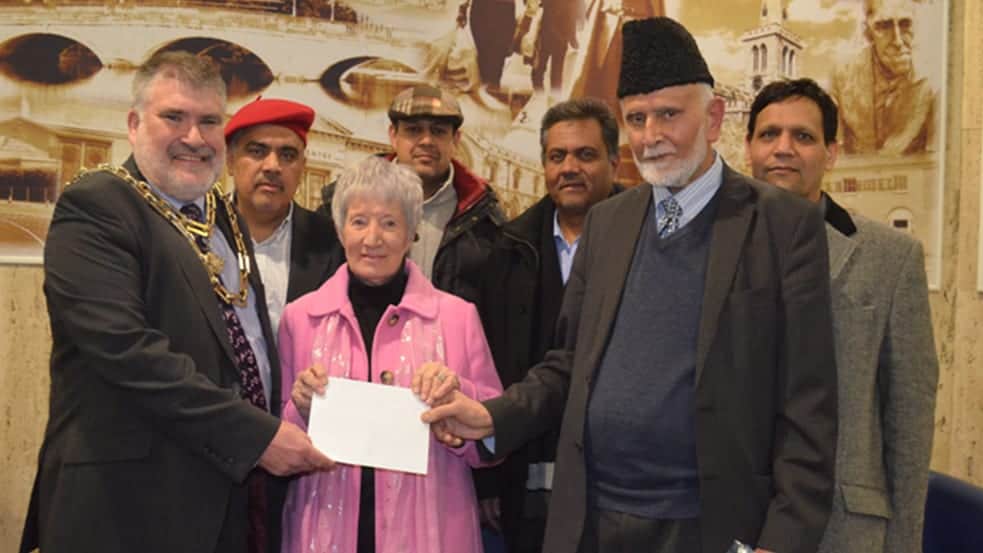 On Feb. 4th 2015, a delegation of Ansãr visited The Bedford Borough Council to present a cheque of £500 to the Mayor’s chosen charity called ‘Macmillan Primrose Unit’. This is a cancer treatment unit with facilities to treat a wide range of cancers. The cheque was presented before the full council meeting

Mrs Jane Beard, Chairman of the Bedford Hospital’s Charity also attended, and received the cheque on behalf of the hospital. Both the Mayor Cllr Dave Hodgson and Chairman of the charity were gifted with a copy of the ‘Holy Quran’, the World Crisis & Pathway to Peace’ and the “Life of Muhammad ﷺ”. Each of the 40 councillors for the council were also provided with a gift parcel containing both books.