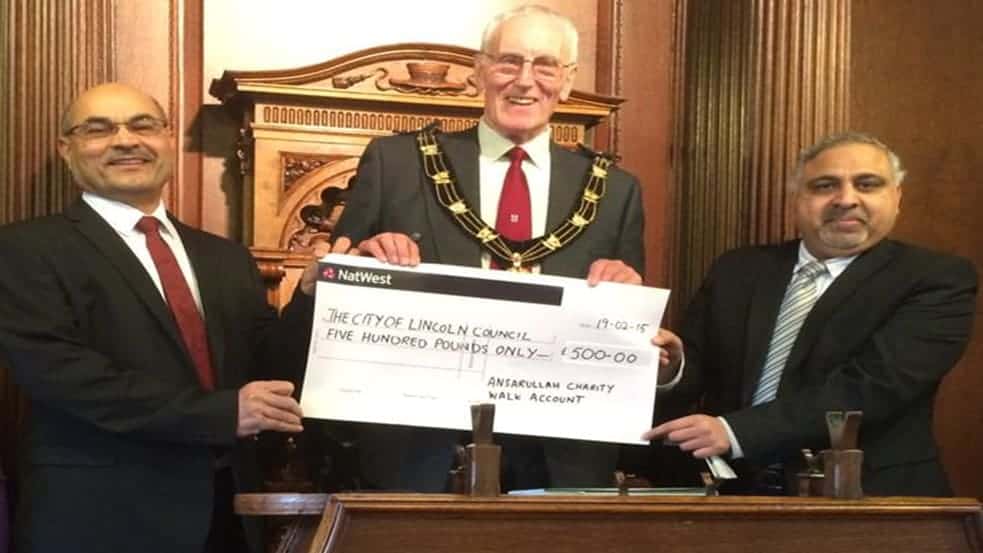 Lincoln is a Cathedral City in the county of Lincolnshire. It is an old Roman city and retains many of its historical artefacts and buildings to this day.
The Mayor of Lincoln, Councillor Brent Charlesworth, was delighted to accept the donation of £500 for one of his chosen charities, DevelopmentPlus, a major voluntary sector community development organisation in, Lincoln Dial-a-Ride, which provides transport to the elderly and disabled in and around the city.
The Mayor invited the Ansãr delegation to the Guildhall, the Town Hall of Lincoln on Feb. 19th, 2015. Councillor David Jackson, the Sheriff of Lincoln and Mrs Barbara Jackson, The Sheriff’s Consort were also present.