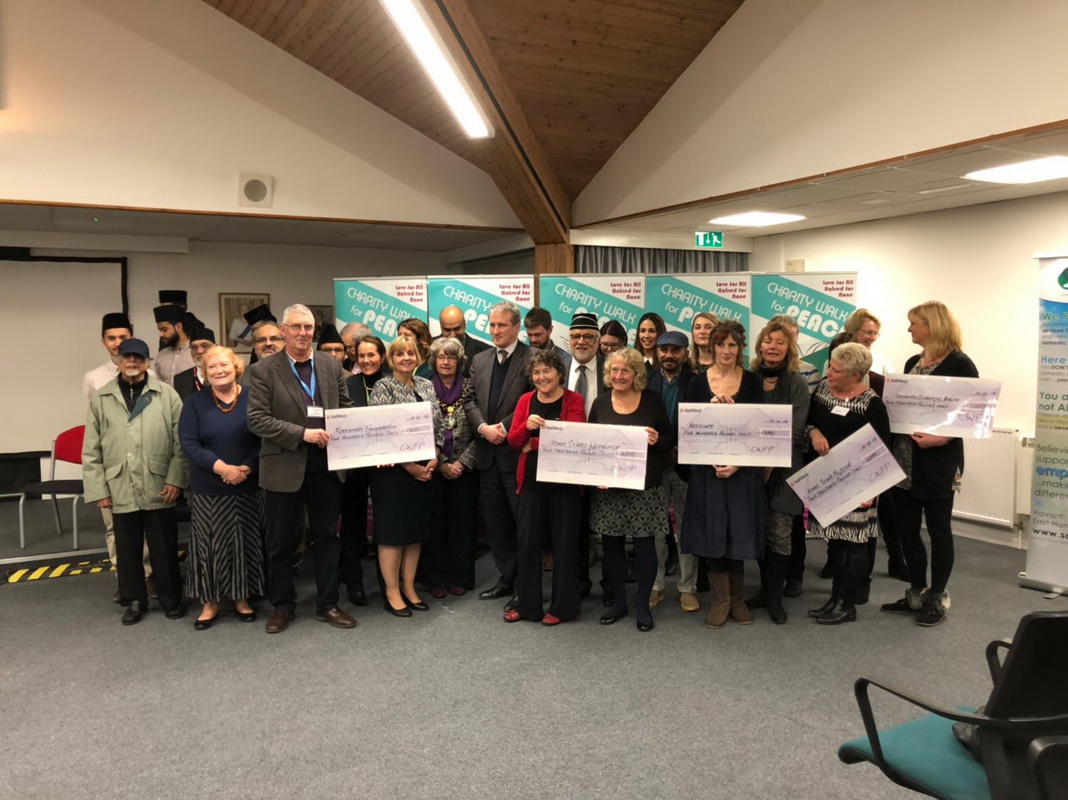 On 15th December 2017, Charity Walk for Peace hosted a Cheque Presentation event at East Hampshire District Council. The walk was held in late summer in the beautiful village of Bentley Hampshire. £7600 has been raised from this year’s charity walk which was distributed among 6 local charities.

Highlights included £2,000 raised for HomeStart Buster, £2000 for HomeStart Weywater and £2000 for Sothern Domestic Abuse Services. Two minor beneficiaries of the walk Artscape and Rosemarie Foundation were given £500 each.

In an introductory address the Regional President of the Ahmadiyya Muslim Elders Association, Mr Rizwan Ullah Khan thanked all the volunteers and charity partners who made this year’s walk a success. Mr Rafi Ahmad Bhatti Vice President CWFP briefly updated the participants on funds raised from the main charity walk for peace in London.

We were joined by MP Mr Damian Hinds, Mayor, councillors and charity representatives who thanked the Ahmadiyya Muslim Community for efforts in serving mankind. They also expressed their appreciation of such events which breaks down barriers between people and uniting communities.

The vice national president of AMA UK, Mr Akram Ahmedi, delivered the keynote address. In his address he acknowledged the efforts of the community for succeeding in raising a large amount of funds that were distributed among the various charities. He eloquently explained the wider efforts of community not only in the UK and abroad.

The gathering started with Recitation of Holy Quran and completed with Silent prayers. Light tea was served with cake, biscuits and English cheese.